A few months ago, Google released a proposal to start pushing the digital advertising industry to think about how it can make advertising on desktop and mobile web more transparent and provide users with more control over their advertising experience. Concern over privacy and control looms heavy with the impending deadline of the first major American privacy initiative (CCPA) creeping closer. Google’s proposal is an attempt from the company to the industry to self-regulate before the public and government do it for them.

Google’s Chrome browser remains the lone holdout of major browsers not to block 3rd party cookies. This is unsurprising given that 84% ($33.9 of $40.5 billion) of Google’s revenue comes from advertising according to their latest quarterly earnings report. Other major browsers like Apple’s Safari and Mozilla’s Firefox have nothing to lose by blocking 3rd party cookies and everything to gain in user satisfaction and trust. But without any viable alternative to support the insatiable data targeting appetite of advertisers, cookies persist as the backbone supporting desktop and mobile web advertising.

Google calls out Firefox and Safari in the proposal:

Certain proposals to enhance user privacy that have recently been introduced fall short of their stated intention because they don't address the needs of the entire ecosystem, and therefore are being undermined by some parties. For example, efforts that attempt to block cookies have only encouraged some companies to move their user-tracking efforts underground, using more opaque methods that subvert cookie controls. These methods, such as fingerprinting, are neither transparent nor under the user’s control, and result in tracking that doesn’t respect user choice.

While device fingerprinting is certainly a regression in control and transparency, it is unknown how often it is employed. Google also makes sure that we all understand the importance of advertising in an open web ecosystem:

Advertising has made open access to quality information on the web possible—ads underwrite the great content and services that people get for free, they support a universe of creators and publishers, and they enable businesses of all types and sizes to connect with people interested in what they have to offer. But the open, ad-supported internet is at risk if digital advertising practices don’t evolve to reflect people’s changing expectations for privacy.

Users expect the content they consume to be free, but they are now raising the bar on their privacy expectations. Rather than rash solutions like blocking the third-party cookies that facilitate the tracking and data targeting of modern digital advertising, Google proposes finding a balance that allows advertisers the precise targeting they desire while clearly explaining to users what data is collected and giving users full control of how it is used.

The proposal outlines a very preliminary plan to bring more transparency and control to users. Google proposes that users can easily glean the following:

And they propose that this is transparent at the following levels:

In the proposal, they share mockups that demonstrate how this could all possibly work. This dialog is an example of page-level data collection information:

A user could review the companies collecting data and what pages and actions led to the collection.

A website could also provide breakdowns of data collection categories that caused certain ads to be shown:

Full transparency about each ad could also be provided, including who paid for it and why that particular ad displayed:

Google even puts the onus on its Chrome browser to do better by demonstrating potential browser-level controls to review data collection at a higher level:

Google often references that publisher revenue falls 52% without the presence of a cookie, so solving this problem is a high priority for the company. But how could the industry make the mockups above into actual product features across the web?

Google is calling for a set of standards to be established to:

In an industry built on standards (see ORTB, VAST, etc.) it doesn’t sound too outlandish to make this proposal. The difficult part would be obtaining universal buy-in from all entities participating in the advertising process: publishers, buyers, and all ad tech vendors would have to arrive at a common set of standards to make this proposal a reality.

However, without any kind of actual deadline or tangible penalty in place, finding broad support for such an effort will be an uphill battle. Ad Tech companies are notoriously reactive rather than proactive and will be hard-pressed to find a spot in product backlogs without some kind of imminent threat.

Maybe if CCPA and other similar legislations increasingly hinder revenue earning potential we will see some action. Until then, Google will need to plead their case for self-regulation until the public or government won’t accept the current state of affairs any longer.

Effective and privacy compliant audience targeting relies on a user resettable and consistent identifier like Apple's IDFA and Android's AAID, and Connected TV manufacturers have been quietly implementing their own versions for years. 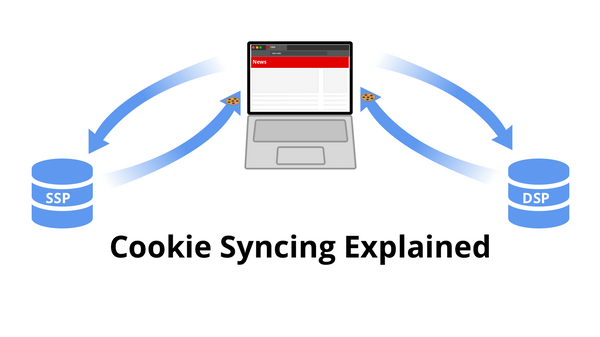 Cookie syncing is a process that enables all members of an ad transaction on desktop or mobile web to have a common understanding of who they are targeting. Cookie syncing